Quantum for sensing our world

That new quantum revolution began, in many ways, with a clock—not a wristwatch or a grandfather clock, but a device that can do a lot more with the help of atoms.

Today, scientists at JILA and NIST are developing some of the world’s most precise and accurate atomic clocks. They build off decades of work by Nobel laureates Jan Hall, Dave Wineland and Eric Cornell and Carl Wieman.

First, researchers collect clouds of atoms and chill them down, then trap those atoms in an “artificial crystal” made of laser light. Next, they hit the atoms with yet another laser. Like pushing a pendulum, that laser beam starts the atoms “ticking,” causing them to oscillate between energy levels at a rate of quadrillions of times per second. 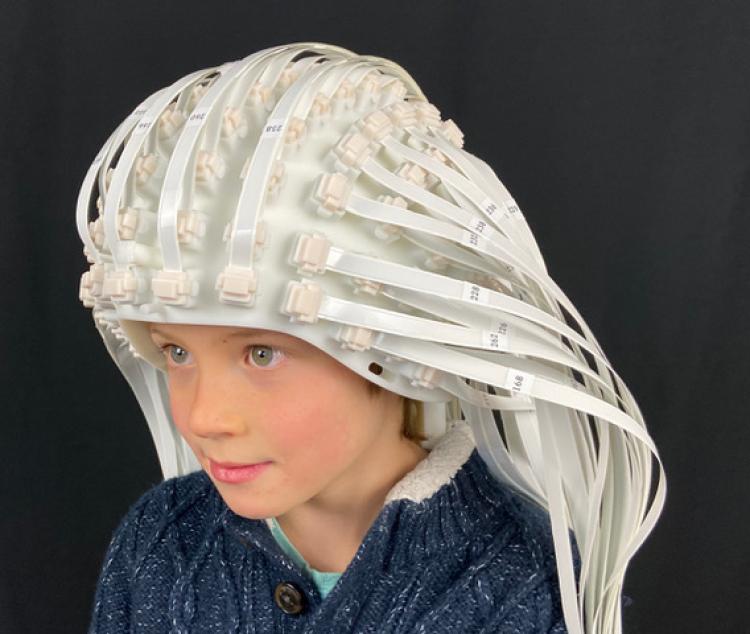 Child wears a helmet made up of more than 100 OPM sensors. (Credit: FieldLine)

These clocks are also incredibly sensitive. JILA’s Ye, for example, demonstrated an atomic clock that can register the difference in Earth’s gravity if you lift it up by just a millimeter. Ye, who’s also the director of CUbit, leads a center on campus funded by the National Science Foundation called Quantum Systems through Entangled Science and Engineering (Q-SEnSE).

He imagines using such devices to, for example, predict when a volcano is about to erupt by sensing the flow of magma miles below Earth’s surface.

“For me, one of the most promising technological avenues is quantum sensors,” said Rey who has worked with Ye over the years to take atomic clocks to greater and greater levels of precision. “We’ve already seen that quantum can help us do better measurements.”

A team of engineers at CU Boulder is using different quantum sensors to detect methane leaking from natural gas operations in the West.

Meanwhile, CU Boulder’s Svenja Knappe and her colleagues employ a quantum sensor called an optically-pumped magnetometer, or OPM, to dive into the complex territory of the human brain.

“The first time I went to a neuroscience meeting, the neuroscientists there looked at me like I was from Mars,” said Knappe, associate professor in the Paul M. Rady Department of Mechanical Engineering.

Knappe’s OPMs each measure about the size of two sugar cubes. They contain a group of atoms that change their orientation of a property called “spin” strange in response to the magnetic fields around them. It’s a bit like how the needle in a compass always points north. She and her colleagues are employing the sensors to measure the tiny blips of energy that neurons emit when humans move, think or even just breathe.

Neuroscientists are already using helmets embedded with 128 of these sensors to collect maps of the brain’s activity, or magnetoencephalograms (MEGs). They are important tools for studying or diagnosing illnesses like schizophrenia and Parkinson’s disease. To date, Knappe and her colleagues have sold sensors to about a dozen clients through a Boulder-based company called FieldLine.

“This is not a technology that’s 20 years out. Quantum sensors can make an impact on your life now,” she said. 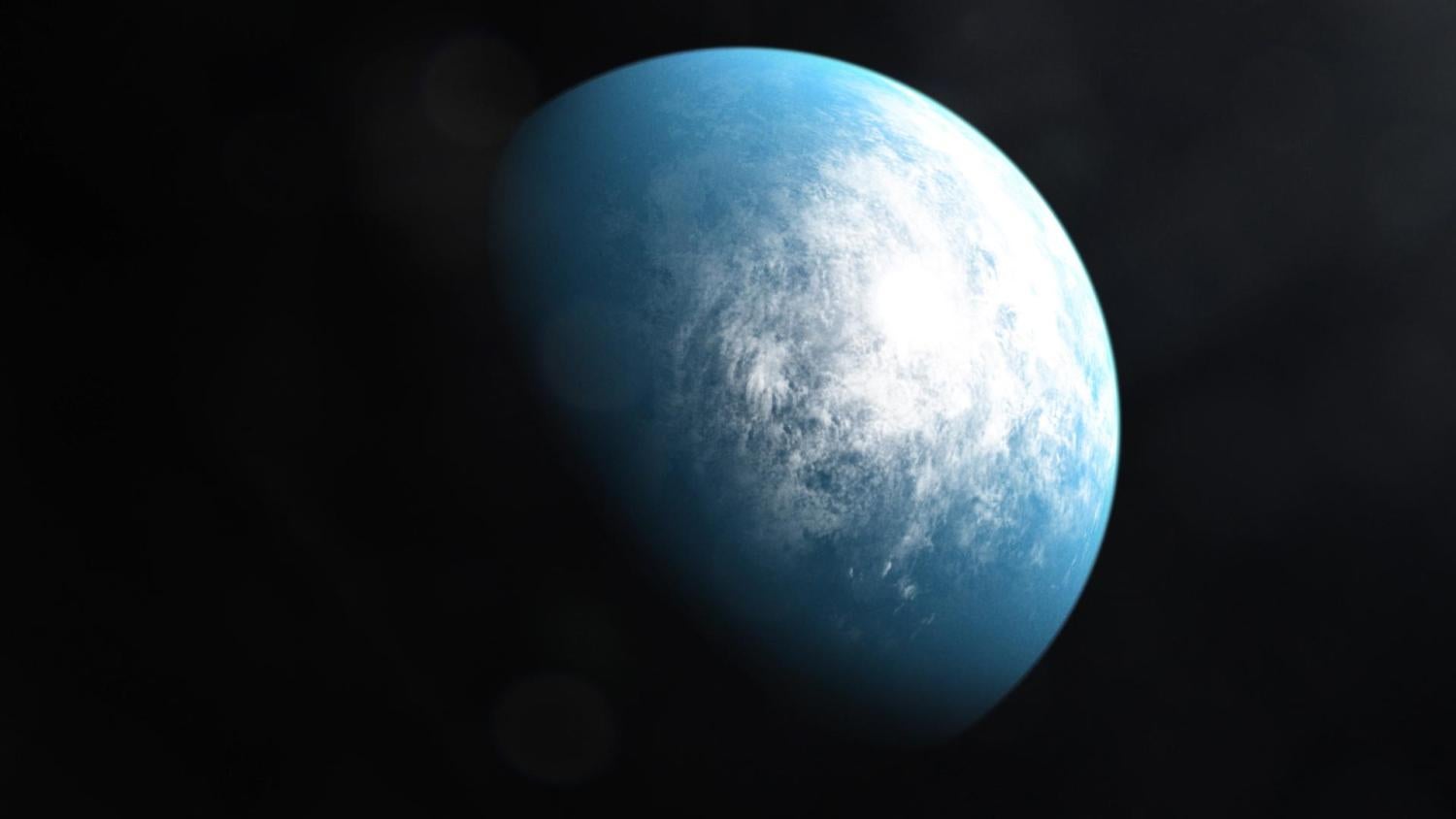 Artist’s depiction of an Earth-sized planet orbiting a star roughly 100 light-years from our own. (Credit: NASA/Goddard Space Flight Center)

Quantum for probing the mysteries of the universe

By going and ever more precise, scientists might smaller also pursue questions that have eluded them for decades.

Learn more about the power of frequency combs. (Credit: NIST)

For instance: What is dark matter?

This mysterious substance constitutes about 84% of the mass in the universe, but scientists have yet to identify what type of particle it’s made of. Dark matter is, as far as physicists can tell, completely invisible and rarely interacts with normal matter. But Ye suspects that some candidates for dark matter could bump into the atoms in his atomic clock—not very often, but often enough that he and his colleagues could, theoretically, detect the disturbance.

“Say you have a clock here in the US and another clock somewhere near the North Pole,” Ye said. “If one clock was speeding up, while the other was slowing down, and if you have accounted for all other known effects, that might indicate that we’re seeing different fields pass Earth as it moves through the universe.”

Other researchers in Colorado are narrowing the search for dark matter using a different set of quantum technologies.

Quantum researcher, Scott Diddams, is turning quantum sensors toward space to look for planets circling stars far away from Earth.

Diddams is a physicist at NIST who will soon join CU Boulder as a professor in the Department of Electrical, Computer and Energy Engineering. He explained that when “exoplanets” orbit their home stars, they tug on those stars a little bit, causing them to wobble.

Telescopes on the ground can spot those wobbles, but the changes are very, very faint.

He uses a powerful type of laser called a frequency comb to help narrow in on that slight shift. More than 20 years ago, the physicist was part of the team that invented these lasers when he was a postdoctoral scientist at JILA—at first, researchers used them to count out the ticking in atomic clocks. But if you also install one of these tools in a telescope on the ground, Diddams said, it can act almost like a ruler for light waves. Astronomers can deploy these rulers to more precisely measure the color of light coming from distant stars, potentially finding planets hiding just out of view.

Diddams’ colleagues are already doing just that every night from two observatories on the ground. Teams led by Penn State have installed frequency combs at the McDonald Observatory in Texas and the Kitt Peak National Observatory in Arizona, and the team has plans for more.

“It’s a really interesting example of transitioning technology first developed at JILA out of the lab and into real experiments,” he said. 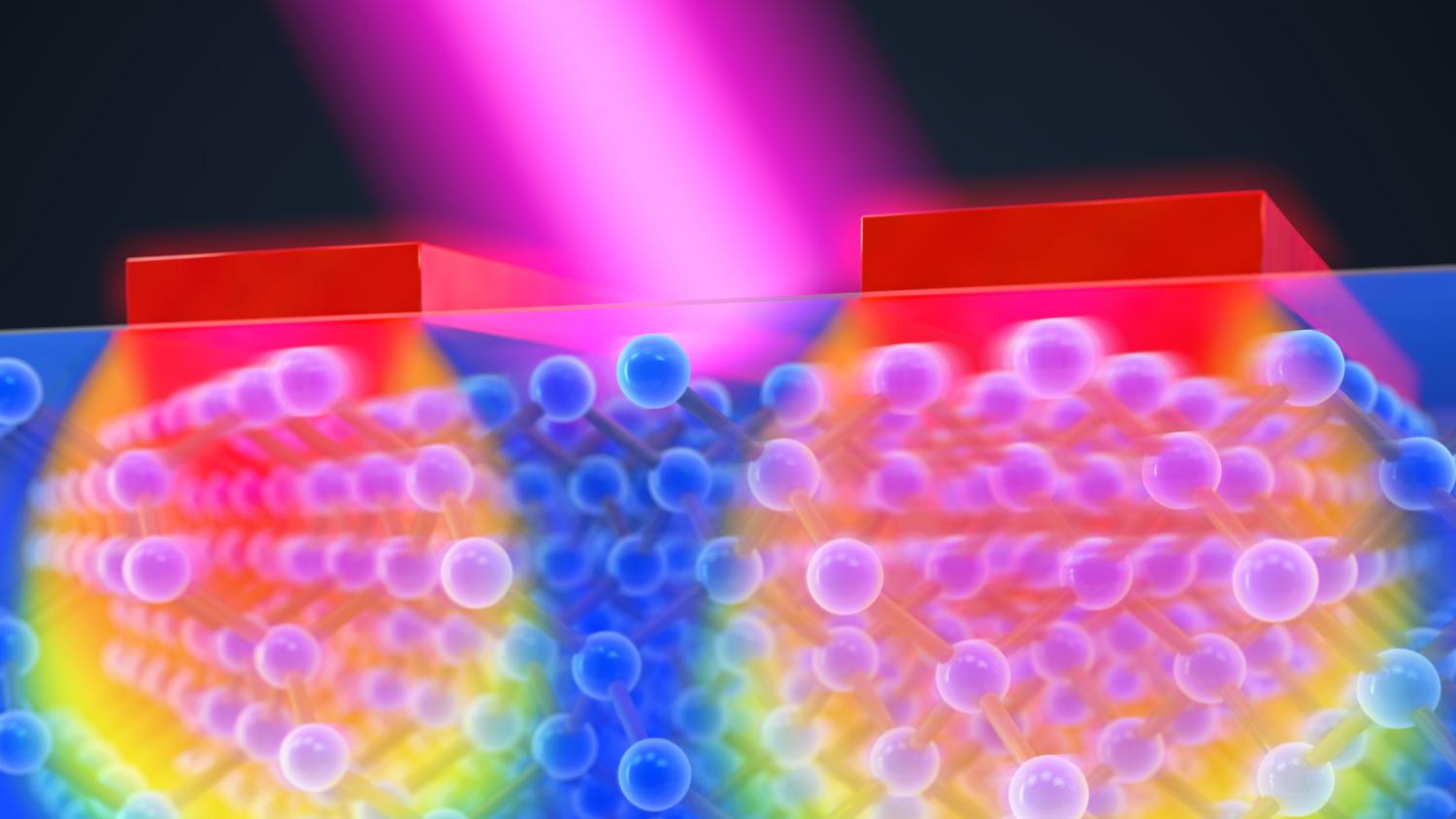 Artist’s depiction of a laser heating up bars of silicon many times thinner than the width of a human hair. (Credit: Steven Burrows/JILA)

When Antony van Leeuwenhoek first observed the green cells belonging to algae from lakes in the Netherlands, he was seeing the world at about 200 times its normal size. A little more than a decade ago, the duo built the world’s first X-ray laser that could fit on a tabletop. And they did it by tapping into the fast, and sometimes violent, properties of atoms.

The team zaps a cloud of atoms with a normal laser, causing them to lose, and regain, an electron at an incredibly speed. This effect, like snapping a rubber band, forces the atoms to eject energy in the form of X-ray light. The resulting beams, which are today among the faster microscopes on Earth, oscillate more than a billion billion times per second.

Murnane and Kapteyn’s group at CU Boulder has used these lasers to record videos of heat dissipating from machines too faint to see with the naked eye. The researchers track the magnetic behavior of individual atoms in various materials and have peered inside living cells without killing them in the process.

“Seeing is understanding,” said Murnane, a JILA fellow and distinguished professor of physics at CU Boulder. “We still can’t see everything we need to see to be able to understand nature.”

To build “the microscopes of tomorrow,” Murnane and Kapteyn helped launch a $24 million center on campus called STROBE with funding from the US National Science Foundation. In the 1990s, they started a company called KM Labs to sell their X-ray lasers.

They’re also continuing to push the limits of what atoms are capable of. Kapteyn said that the team would like to one day create an X-ray laser so powerful that it could see inside human tissue. That would allow doctors to zoom in on specific regions of the body, and with much greater resolution than current X-rays.

“There are a lot of quantum questions that are still outstanding in this area around how far we can push this technology,” said Kapteyn, JILA fellow and professor of physics. 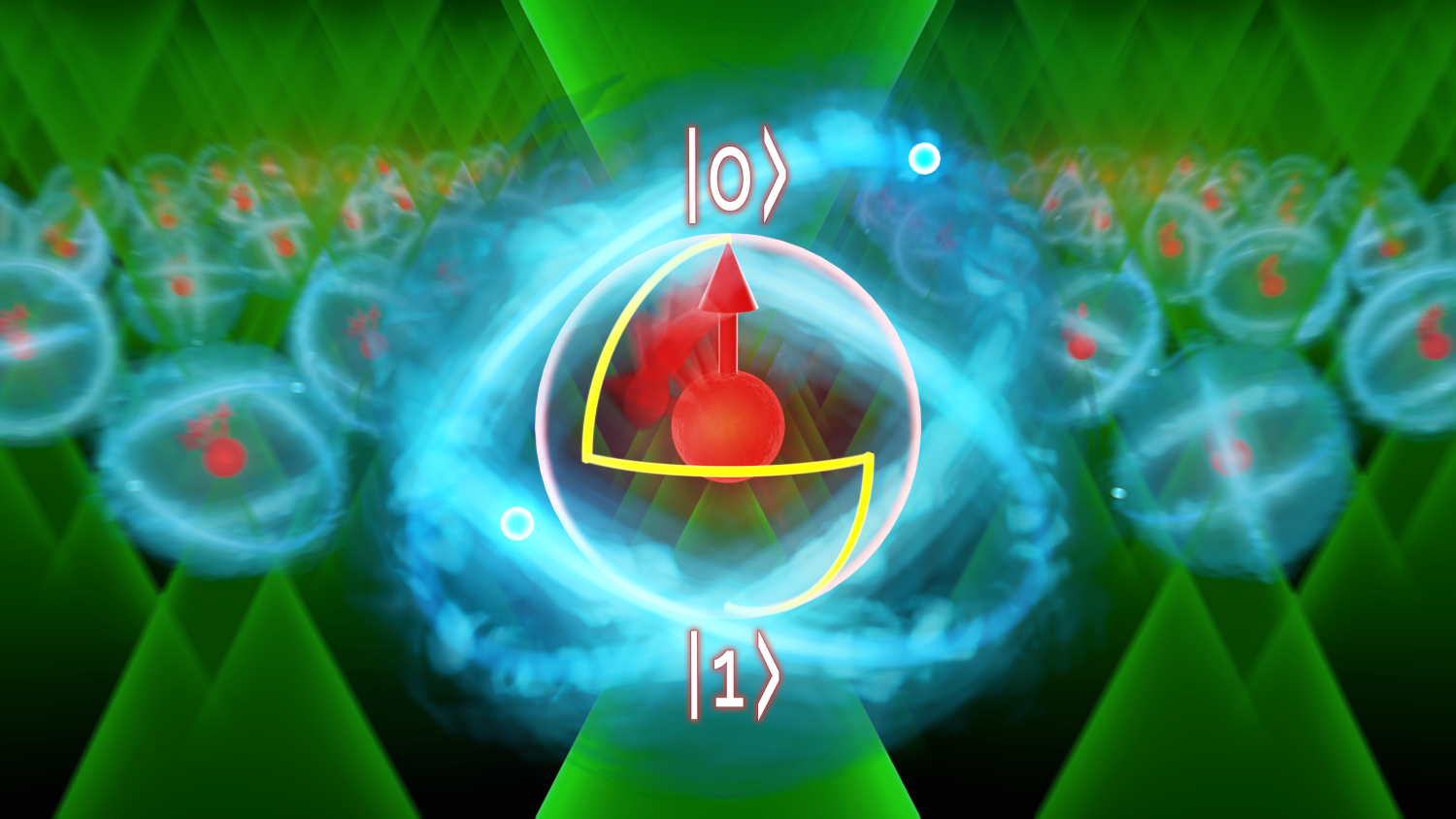 There may be no quantum technology that gets as much hype as quantum computers.

Some of the largest technology companies from Google to Amazon, Microsoft and IBM are trying their hand at developing computers that are based on unusual behavior of quantum physics. Experts believe quantum computers will solve problems that even the largest supercomputers around today couldn’t. 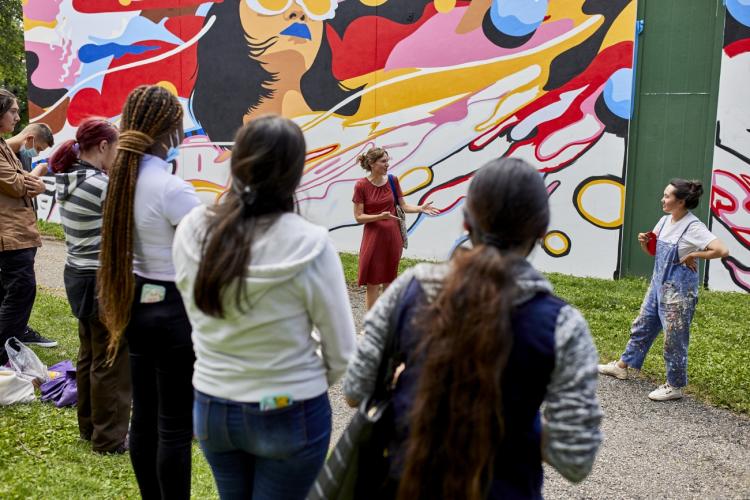 But researchers at CU Boulder say quantum computers useful for solving relevant problems may be a long way away. For one thing the quantum processors around today still produce too many errors to do a lot of basic calculations.

“Quantum computers may be really good for the specific tasks they are designed for,” said Sun, a JILA fellow and assistant professor of physics at CU Boulder. “But they won’t be good at everything.

Researchers at CU Boulder, however, are striving to design new and better qubits. Like the bits that run your home laptop, qubits form the basis for quantum computers. But they’re a lot more flexible: Qubits can take on values ​​of zero or one, like normal bits, but they can also exist in a ghostlike state, or “superposition,” of zero and one at the same time.

Cindy Regal, a fellow at JILA and associate professor of physics at CU Boulder, and her colleagues are using a technique called optical tweezing to make qubits out of neutral atoms. Optical tweezers deploy laser beams to carefully move around and arrange atoms. Scientists can then build complex lattices made up of atoms, carefully controlling how they interact with each other.

Sun, in contrast, is designing a different kind of qubit by implanting lone atoms inside diamonds and other crystals.

Regal noted that even if these qubits don’t wind up in a computer anytime soon, they can still help scientists answer new questions—allowing them to simulate, for example, the physics of weird states of matter in a controlled lab setting.

Some experts have even imagined quantum computers leading the hunt for new medicines. These devices might, decades from now, scan through large databases of molecules, looking for ones with the exact chemical behavior doctors want.

In the end, JILA’s Margaret Murnane said if quantum researchers want to bring their quantum technologies out of the lab, they need to continue to build connections with researchers beyond physics—collaborating with engineers, materials scientists, astrophysicists, biologists and more.

“If you want your research to have a big impact, you need to look beyond your field,” Murnane said.

JILA’s Jun Ye noted that the most amazing quantum technologies may be the ones that scientists haven’t dreamed up yet. Like van Leeuwenhoek discovered four centuries ago, the deeper you look into the world, the more surprises you’ll find.

“It’s just like when people first invented a microscope,” Ye said. “There’s an entire world down there filled with bacteria, and we never realized that.”