Amélie de Montchalin, France’s minister for ecological transition and territorial cohesion since May 20, was defeated in the parliamentary elections on Sunday (19 June) by a candidate of the new left-wing alliance NUPES, which means she will have to leave the government.

With only 46.6% of the votes in her constituency, de Montchalin, who is also a regional councillor for Île-de-France, was defeated by NUPES candidate Jérôme Guedj and thus missed out on the opportunity to establish herself as an influential figure in French politics.

Since President Emmanuel Macron requested in 2017 that any minister defeated in an election must resign, it means she lost her cabinet post. Moreover, government spokeswoman Olivia Grégoire also announced on France Inter radio station on Monday a government reshuffle would take place “in the coming days.”

No less than 15 ministers ran in the parliamentary elections this year.

While Prime Minister Elisabeth Borne, Minister Delegate for Relations with Parliament Olivier Véran, Secretary of State for European Affairs Clément Beaune, or Minister of Public Action and Accounts Gabriel Attal, for instance, have all won the election in their respective constituencies, others are expected to leave the government in the coming days.

This is the case of de Montchalin, but also of Health Minister Brigitte Bourguignon, defeated by a candidate of Marine Le Pen’s National Rally (RN).

French voters have President Emmanuel Macron a parliamentary majority following Sunday’s (19 June) second round of elections, while the left and far-right have made significant advances.

In addition, former interior minister Christophe Castaner, a close ally of Macron from the beginning, also failed to secure his law seat. The chairman of the National Assembly himself, Richard Ferrand, was also defeated in Sunday’s election.

A government focused on environmental and energy issues

De Montchalin held one of the key positions in the newly formed Borne government. As predicted, Macron took full advantage of his reelection as French president to stress the importance of environmental issues in his policies.

To this end, Macron put in place a trio of women. As he first announced at a rally held between the two rounds of the presidential campaign on 16 April, the prime minister is now “directly responsible for ecological planning”.

However, with de Montchalin gone and no majority parliamentary, it is not clear what sort of environmental policy the French president will be able to pursue.

In the Assembly, the historic breakthrough of the Le Pen’s RN, which has increased its number of MPs tenfold, from eight in 2017 to 89, is expected to confirm the government in its favor of nuclear energy. 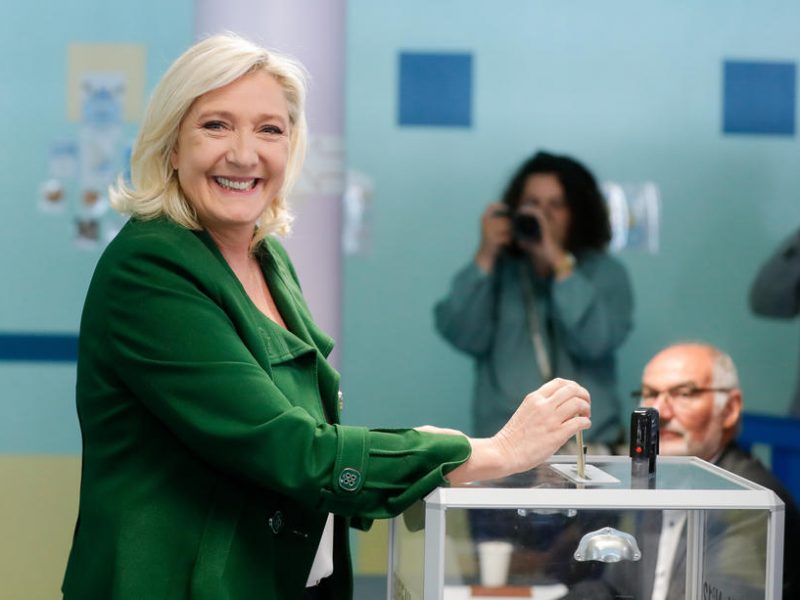 Meanwhile, the far-right is fiercely opposed to the deployment of wind power.

Yet the current trend is towards the development of large-scale projects, such as the new offshore wind farm off Saint-Nazaire in the Loire-Atlantique region. A total of 27 turbines out of 80 have just been put into operation, generating the first French megawatt-hours (MWh) from offshore wind power.

Interesting, it is the NUPES that becomes the main opposition, ahead of the RN. Therefore, if the left-wing alliance holds, the question is what will become of the future minister of ecological transition.

Could Macron appoint a member of the green party Europe Écologie les Verts (EELV), which scored an elected 23 seats in the elections?

Should a pro-European centre-left wing emerge from the alliance, a number of green politicians could be appointed as ministers, such as Yannick Jadot, who was the candidate for EELV in the presidential election.