Wildlife filmmaker and National Geographic explorer Bertie Gregory is “obsessed with animals in the natural world.”

Growing up in England, Gregory mastered his father’s camera while learning to camouflage and safely “sneak up” on local animals. This led to early recognition. In 2019, Gregory won an award, Youth Outdoor Photographer of the Year, for his photographs of birds, deer, and raccoons in and around his neighborhood. He was hooked on adventure.

After graduating with a zoology degree from the University of Bristol, Gregory filmed and produced documentary features for National Geographic and the BBC (British Broadcasting Company). Now 29, the award-winning host and cinematographer has visited every continent. His mission from him is to encounter and capture rare wildlife events on film. To do so, he braves some of the harshest environments on the planet.

Camera in hand, filmmaker Bertie Gregory emerges from the water through a school of mackeral.

Gregory’s friends and family members have long admired his projects. But they’ve always asked about the filmmaker’s behind-the-scenes encounters. I have answered with a new National Geographic series, Epic Adventures With Bertie Gregory. Released on September 8 on Disney+, the series showcases Gregory’s jaw-dropping wildlife encounters, new scientific discoveries, and the filmmaker’s unique talent for narrating the journey.

I spoke with Gregory before he set off to film the second season of the series. I have explained how his curiosity and passion have helped him fulfill his dream of a “wild, wild life.”

Below are highlights from our conversation, which took place at Disney’s D23 Expo in Los Angeles, California. The conversation has been edited for length and clarity. 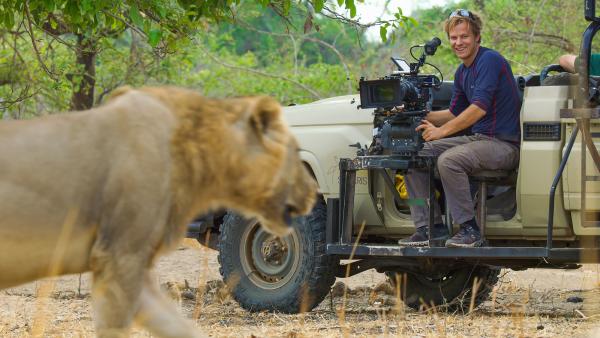 Gregory looks on as a male lion passes his vehicle.

How does your work as a wildlife photographer contribute to science and conservation?

With epicadventures, we worked with eight different scientists across the series and contributed to some brand-new science. The natural world is in big trouble. But we also want to focus on the positives. What we’ve learned on Epic Adventures is that wildlife has an amazing way of coming back from the brink—if you give it the chance, if you protect it.

The other takeaway is that we have to think globally. But there are so many things we can do in our day-to-day lives to make a difference.

What are the keys to success for finding these animals in the wild?

People say that to film wildlife, you need patience. That is true. But much more important are your two other P’s: passion and persistence. When trying to film animals, you need to read the environment, try to get in tune with what the animals are doing, and then be persistent. 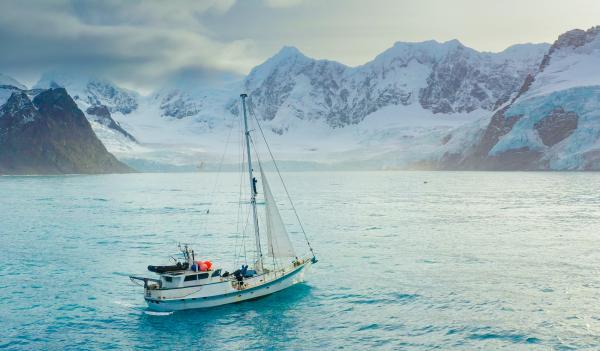 Tell me about your film crew and your favorite fun moment.

I’m very lucky that I get to not only go and see these incredible animal behaviors, but I’m also surrounded by an amazing team of camera people. Some of them are my best friends.

In terms of a funny moment, that would have to be on the lion episode in Zambia. We’re often playing practical jokes on each other. I sometimes pretend that the lions are up and suddenly hunting, and I’ll wake everyone up. I was not very popular that day [laughter]but I have a good time.

What advice do you have for aspiring wildlife photographers?

Everyone in wildlife photography seems to get really obsessed with cameras and technical ability. Those things are important, but it is far more important to focus on your knowledge of wildlife and your ability to get close to animals without disturbing them. The best way of learning to do that is by spending time outside. 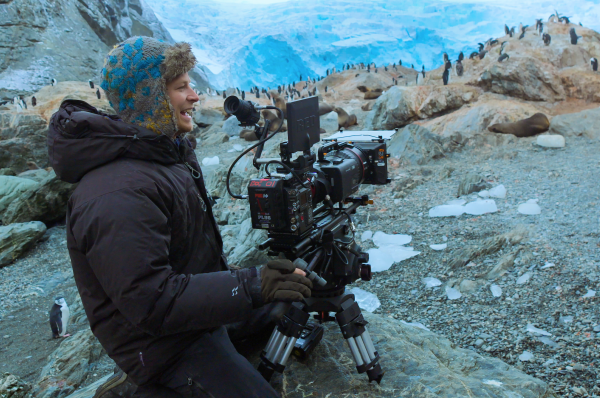 What advice do you have for kids who are following their dreams and handling failure?

One of the things that I love about the series of epic adventures is that because it’s about adventure as well as wildlife, we can talk about failure. In the case of the dolphin episode, we were looking for a spinner dolphin superpod. That was our plan. That was our epic adventure. And we set it up, and we went out there, and we didn’t find it.

But what I learned from that is Mother Nature works in mysterious ways. While she might deny you some things, if you are passionate, positive, and persistent, you’ll end up seeing something you never expected.

What can kids learn from Epic Adventures?

It’s a celebration of the amazing planet we live on. If you give nature the chance, it will bounce back on just an unbelievable scale. You just have to give it a chance. 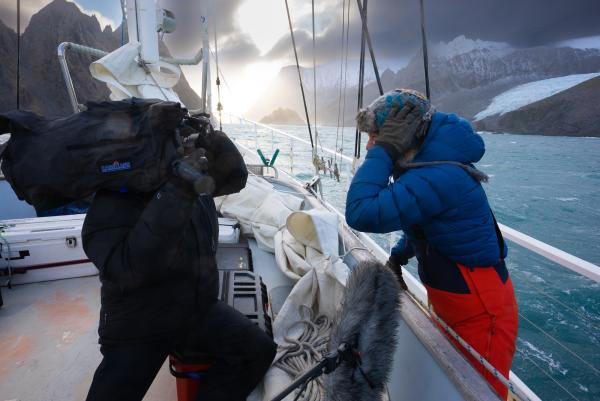 Epic Adventures director Will West films Gregory off the coast of Elephant Island in Antarctica.