Inside the bodies of all animals, including humans, there are opposing forces at work. On one side, there are free radicals, reactive oxygen molecules that, in large quantities, can trigger destructive chain reactions that damage tissues. Free radicals can be produced as byproducts of normal cellular activity or from external sources, such as pollution and radiation.

On the other side are antioxidants that protect organisms from the damage caused by free radicals. Some are obtained from the diet and others are made by the body. Usually, there is a balance between free radical production and antioxidant protection such that damage is minimized. However, when the production of free radicals is elevated or antioxidant defenses are reduced, the system can become unbalanced, resulting in oxidative stress. Prolonged exposure to oxidative stress can lead to disruption of normal cell function and diverse harmful effects, including impaired growth and reproduction and development of a number of diseases.

Over the last two decades, behavioral ecologists have investigated links between oxidative stress and how wild animals spend their antioxidant budgets: Since antioxidants are limited, animals must “decide” whether to allocate them to growth, reproduction, immunity, or other life history traits.

While researchers have made progress in understanding the role of oxidative stress in shaping many life history traits, one important area remains largely unexplored, according to Dominic Cram, a behavioral ecologist at the University of Cambridge.

“Researchers have studied these life history tradeoffs — the allocation of antioxidants to different priorities an animal might have in its life — and I think one of those priorities that hasn’t really been considered enough is cognition.”

In a new review paper in the Journal of ZoologyCram lays out the case for devoting more study to the effects of oxidative stress on the cognition of wild animals.

First, biomedical studies have revealed aspects of the central nervous system that make it unusually vulnerable to oxidative stress. The brain is a metabolically expensive organ that uses a lot of oxygen, increasing the risk of free radical production. It is also made up of compounds like lipids that are especially vulnerable to oxidative damage. In addition, some components of the antioxidant protection system in the central nervous system are surprisingly weak.

“On top of these other factors, the brain has really crummy self-repair,” says Cram. “Compared to other tissues, the ability to regenerate or to repair cell damage is quite limited.”

Biomedical studies of humans have also demonstrated a role for oxidative stress in mild cognitive impairment as well as severe cognitive disorders and declines in cognitive ability in healthy individuals later in life. Supporting this evidence from humans are studies in laboratory models like rodents and zebrafish showing that performance in tests of learning and memory is impaired by oxidative stress and improved by antioxidants. 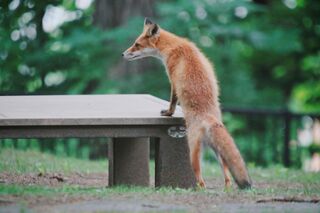 Source: MIKI Yoshihito, via Wikimedia Commons. Distributed under a CC BY 2.0 license.

“Social interactions require cognition in that you need to gather information about others and decide how to respond appropriately,” he says. “In the lab, animals exposed to oxidative stress can be inappropriately aggressive; they can be jerks when it’s uncalled for.”

Overall, Cram says that these experiments suggest that oxidative stress hinders an animal’s ability to gather information from its environment, remember and process it, and then use it to behave optimally.

“Cognition — an animal’s ability to gather, retain, and use information — is a phenomenally important, big deal,” says Cram. “It is a massive factor in animal behavior that essentially dictates their entire lives.”

It follows that any significant impact of oxidative stress on cognition in the wild is likely to have widespread consequences for animal behavior and fitness. And though no studies have directly investigated how cognitive differences associated with oxidative stress affect performance in the wild, all the evidence suggests that even mild forms of cognitive impairment may affect outcomes in profound ways. 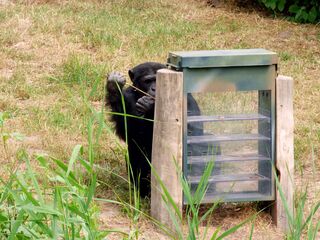 Chimpanzee with a puzzle box.

Cram admits that these issues are challenging to study in wild animals but offers a few suggestions for future research. He cites experiments from cognitive ecology in which animals are presented with an artificial puzzle to solve in order to gain access to food. Studies such as these could be tweaked to investigate oxidative stress, for instance by taking a blood or urine sample from an individual shortly after they solve the puzzle and measuring levels of antioxidants or free radical damage.

That might be a good starting point. But if researchers are interested in causation and not just correlation, Cram suggests treating animals with antioxidants or compounds that enhance the natural production of antioxidants (such as resveratrol or fumarates). Then researchers could compare cognitive performance before and after such treatments.

Cognition Is Key to Survival

While challenging to investigate, the effects of oxidative stress on the brains of wild animals may have profound consequences for their cognition and health that are currently almost entirely unexplored.

“At the moment, these questions are particularly important because animals that for millions of years had been acclimatized to their environment are now having to deal with rapid, massive, human-induced changes,” says Cram. “The rug is being pulled out from under them and they need to adapt or perish.” 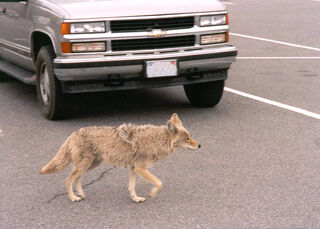 Cram points out that we are already seeing the importance of cognitive flexibility for many species, especially those that are successful in urban or other human-dominated environments. He says that as the world continues to transform through urbanization, habitat destruction, and climate change, animals will need to flexibly adapt.

What’s more, these changes are largely happening too quickly for animals to evolve adaptations to them.