In less than a week, Kang Tae Oh and Park Eun Bin will meet the viewers with their first drama team up in “Extraordinary Attorney Woo.”

Ahead of its release, the production dropped more snippets of what to expect from the first episode broadcasts.

On June 21, in the photos provided by ENA Channel, viewers had a glimpse of Woo Young Woo (played by Park Eun Bin) and Lee Joon Ho’s (played by Kang Tae Oh) first interaction, which amplifies anticipation for the upcoming premiere.

“Extraordinary Attorney Woo” follows the story of Woo Young Woo, a young rookie lawyer with Asperger’s syndrome who enters a major law firm. She has a high IQ of 164, a creative thought process, and impressive memory. She also graduated from college and law school with Latin honors, but one thing she’s struggling to do is to socialize.

In the released images, Woo Young Woo is on her first day at the popular law firm Hanbada. This also signals her first step in the real world, where everything is new to her. She arrives at the entrance of her workplace and suddenly freezes in front of the glass door. 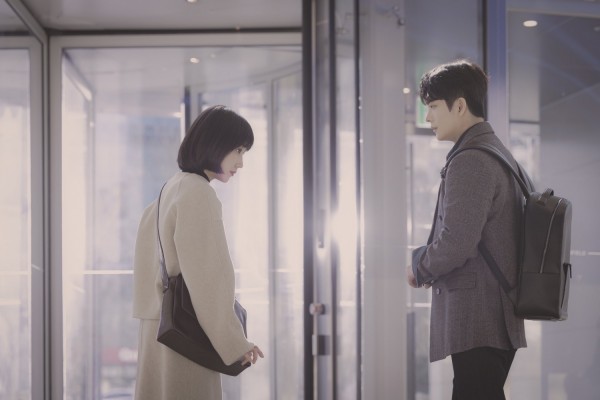 Fortunately, the firm’s famous employee Lee Joon Ho appears and gives her a helping hand to enter the building. As the scenario and the face she’s seeing are new to her, Woo Young Woo feels curious about her colleague. Joon Ho, on the other hand, shows off his sweet smile and kind gesture toward the new employee. 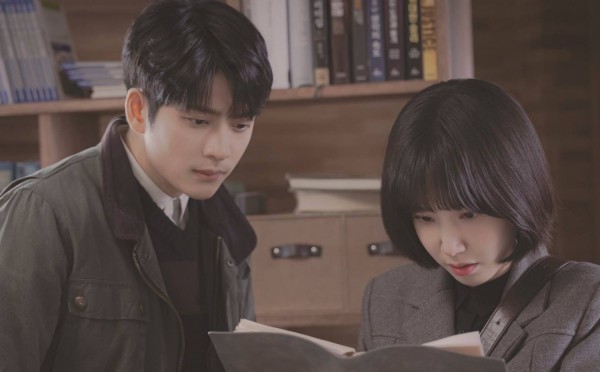 Meanwhile, the next drama still displays the growing friendship of Young Woo and Joon Ho. The female attorney is keenly reading the information in her hands, while Lee Joon Ho is by her side and attentively listens to what she says.

Through these drama snippets, K-drama enthusiasts have now an idea of ​​what to anticipate in the soon-to-release series. Viewers should look forward to Woo Young Woo and Lee Joon Ho’s heart-fluttering moments.

In addition, in a short interview, Park Eun Bin and Kang Tae Oh shared their synergy while filming the drama. According to the actress, “Kang Tae Oh, who has a calm aura, fits his character as Lee Joon Ho.”

The actress added that she feels comfortable with Tae Oh’s unchanging atmosphere.

The actor on the other hand also shared his thoughts about his new co-star, “Park Eun Bin’s passion and affection for her character are extraordinary. She’s a great actress who always makes an effort, which is why there’s a lot to learn from her .”

“Extraordinary Attorney Woo” is set to premiere on Netflix and Seezn starting this June 29 at 9 pm (KST).

Are you excited about Kang Tae Oh and Park Eun Bin’s new drama? Share your thoughts with us in the comments!