Can one be a hero in their story and yet a ghost in their own life?

This is one of the many intriguing questions that bubble up in lightyear, The fourth Pixar film to build on the animation studio’s flagship, 1995’s Toy Story, and the one least like the previous installments.

It’s an idea that surfaces visually in one of the film’s most striking recurring motifs: the titular Space Ranger’s reflection as seen in the visor of his helmet. The idea of ​​Buzz (voiced by Chris Evans, with unforced and nuanced masculinity) being both a protagonist and an apparition in his own movie is one of many textural elements which adds depth to this movie. Lightyear has things to say about ambition and connection, self-reliance and absolution—and that just scratches its supernaturally shiny surface.

But little of that matters because the only thing anyone is going to talk about or remember is the cat.

That would be Sox, a green-eyed, ginger font of compassion and utility. Voiced by longtime Pixar animator turned director Peter Soon (who helmed 2015’s The Good Dinosaur and the forthcoming Elemental), Sox is at once funny, vulnerable checking, and able to make unimaginable scientific discoveries while also your vitals. He’s the ideally calibrated sidekick for our fractured age, the precise emotional support we have all desperately craved during the past two-plus years of isolation and upheaval.

Sox is gifted to Buzz by his best friend and fellow Space Ranger Alisha (Uzo Aduba) to help him deal with his near constant failure. It was Buzz’s pilot error that led his crew to be stranded on an uncharted planet, where the only signs of life are aggressive vine-like tentacles that yank people around for no apparent reason, a constant physical reminder of their uprooting. Buzz’s attempts to rectify the problem by experimenting with a new fuel source that could get them back to Earth not only don’t work, they isolate Buzz temporally and emotionally from his fellow castaways as each test flight he takes he experiences in mere minutes though for everyone else takes four years.

All of this emphasis on foundering serves to make Lightyear both emotionally complex and stagnant. The film goes nowhere, literally. For a story ostensibly about space exploration, its journey is almost entirely internal as Buzz must learn to connect with the world in which he is stuck before his fervor to complete his mission overcomes him. This requires teaming up with an undertrained trio of reserves headed by Izzy (Keke Palmer), Alisha’s granddaughter, and a person whose insecurities (she has astrophobia, an irrational fear of stars and space) are as present as Buzz’s are repressed.

The conceit behind the movie—that it is the blockbuster Andy saw in 1995 that caused him to beg for the Buzz Lightyear doll he received that Christmas—feels partially realized. Though Angus MacLane, directing his first feature after overseeing several Toy Story shorts, goes through pains to give his movie a chunky handmade feel of a practical effects movie, the story’s attempts to paint that era as tolerant (Alisha marries and raises a family with a woman) will prove unsettling for anyone who remembers the rampant homophobia that coincided with the AIDS epidemic then still unfolding.

But where the film succeeds is its absolute refusal to gloss over difficult emotions—even Sox is brimming with doubts and fears. Just as it would have done all of us a world of good back in 1995 to have been shown more inclusive examples of families, so it would have helped to see such a nuanced portrayal of masculinity as the one on display here, where Buzz’s vulnerability is more dynamic than his derring-do.

At the end, Pixar has made essentially a gritty prison movie for kids disguised as a large sci-fi spectacle. (It is perhaps a telling coincidence that two of its stars, Aduba and Dale Soules, who is wonderful as a parolee who is part of Izzy’s motley crew, were both featured players on Orange is the New Black.)

But unlike, say, the vastly overappreciated Toy Story 3 (I am of the minority that preferred the fourth installment)here the furious and frustrating attempts at escape than are more a red herring they are the point. Lightyear’s The message is vastly more complicated and applicable to this moment: it will always be impossible to break out when what keeps us locked up is neither four walls nor an intractable situation, but our own inability to see past ourselves.

Observer Reviews are regular assessments of new and noteworthy cinema. 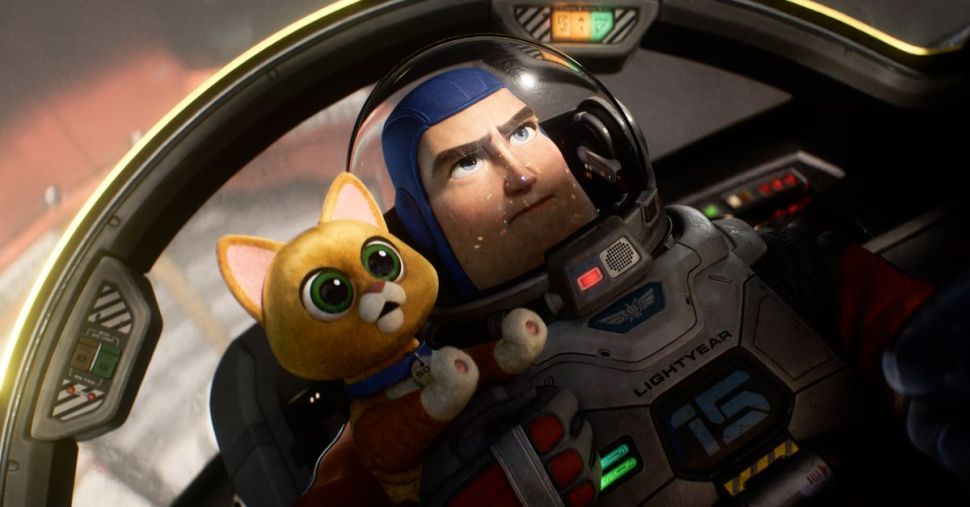