An assistant professor of physics in the College of Arts and Sciences has won a prestigious McKnight Technological Innovations in Neuroscience award to advance her two-photon microscopy research on neural activity in the brains of fruit fly larvae.

Mirna Mihovilovic Skanata, who joined Syracuse University last fall and serves as part of its BioInspired Institute was awarded $200,000 over two years. She is one of three recipients chosen nationally for the 2022-23 award from among a highly competitive pool of 90 applicants. The McKnight grant rewards groundbreaking technologies to map, monitor and model brain functions and recognizes a project’s ability to fundamentally change the way neuroscience research is conducted.

Mihovilovic Skanata says the award will allow her to acquire equipment and accelerate developing a new high-precision two-photon microscope technology to conduct research on neural brain activity in freely behaving, freely moving larval fruit flies. She aims to achieve a circuit-wide understanding of how brains compute and how correlated neural activity generates behaviors (such as how decisions are formed in a brain). She also wants to understand how those neural correlates are modified during learning or when impacted by a neurological disease.

The high precision and high magnification of the two-photon microscope helps researchers study larval fruit fly brains that are small and compact, measuring about 200-by-100 microns in size and having about 10,000 neurons, making them small enough to be studied at the individual cell level. While optical manipulation of neural activity is routinely performed in many model organisms, and while imaging neural activity in some freely moving organisms has been attained, simultaneous manipulation and imaging in a freely moving animal is a challenge due to the complexities arising from the deformations of the brain during motion. 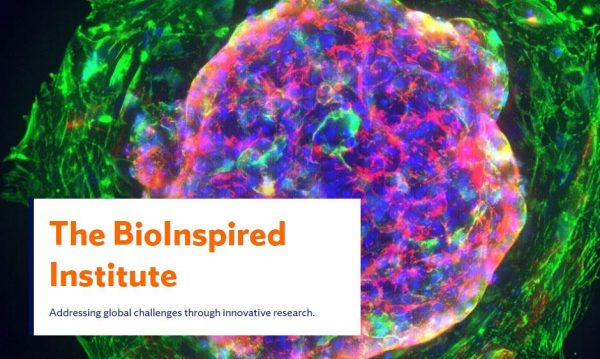 The new system uses an algorithm to adjust for the motion of a larva’s brain, giving it a unique capability to read and manipulate the mind of a freely moving animal as it explores its sensory environment. Before this technique was developed, it was necessary to immobilize or dissect larvae, which meant observations were much more limited in scope as the animal was unable to express behaviors, according to Mihovilovic Skanata.

“It’s a great honor to receive this award,” Mihovilovic Skanata says. “This improvement in our ability to monitor neural activity helps us understand how the animal makes decisions and compare what we see when it is moving freely, versus being restrained or immobilized. If you have an animal that is transparent, it is exciting because you can use light to read out neural activity as well as use light patterns to activate specific neurons. With this technology we will be able to do both things at the same time while also observing the resulting changes in behavior.”

“It’s wonderful to see this recognition for the innovative work of Assistant Professor Mihovilovic Skanata,” says Lois Agnew, interim dean of the College of Arts and Sciences. “Her research and teaching by her are wonderful new additions to the physics department, and I look forward to her findings by her. It is exciting to think that studying larval brain activity may eventually lead to improvements for human brain conditions.”

Before joining Syracuse University, Mihovilovic Skanata served from 2014-21 as a postdoctoral fellow in Marc Gershow’s lab at New York University’s Department of Physics. She also spent six years as a graduate researcher in the group of Derek Stein in the Department of Physics at Brown University and was a CERN (European Organization for Nuclear Research) summer undergraduate researcher in the group of Michael Doser there in 2006. She earned a bachelor’s degree in physics from the University of Zagreb, Croatia, in 2008 and both a master’s degree and Ph.D. in physics from Brown University in 2009 and 2014, respectively.