NASA’s deep space Voyager probes are among the oldest rockets launched by the international space agency. However, these sats are now expected to retire as the National Aeronautics and Space Administration confirmed that it would shut them down.

(Photo : Photo by NASA/Hulton Archive/Getty Images)
A NASA image of one of the Voyager space probes. Voyager 1 and its identical sister craft Voyager 2 were launched in 1977 to study the outer Solar System and eventually interstellar space.

Voyager 1 and Voyager 2 were sent into outer space around 45 years ago (1977). Thanks to these advanced NASA rockets, space explorations became better.

Experts stated that these space probes reached distances that the latest satellite models still cannot achieve. Because of this, they believe that rockets’ records will remain unbroken in the next coming decades.

According to Business Insider’s latest report, NASA explained that they will retire the Voyager probe systems since they are now switching to newer sat models. 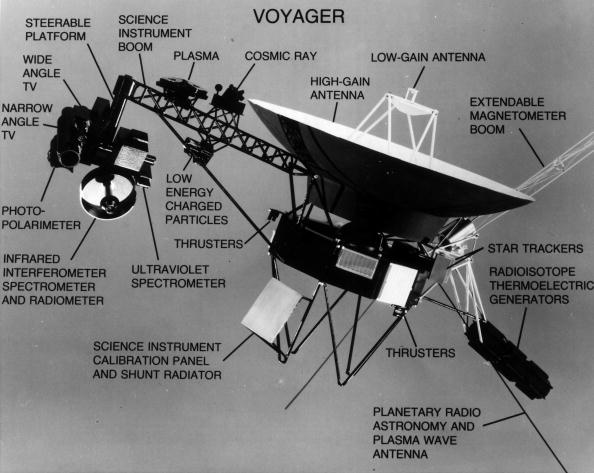 (Photo : Photo by NASA/Keystone/Getty Images)
An annotated picture of a voyager spacecraft, one of two being sent from the Kennedy Space Center on a ten year exploration of the solar system including Jupiter, Saturn and possibly Uranus. After which they will continue on into interstellar space.

“We’re at 44 and a half years. So we’ve done 10 times the warranty on the darn things,” said Ralph McNutt, one of the physicists at the Johns Hopkins University Applied Physics Laboratory, via the Scientific American.

He is also among the space experts who worked with NASA to make the launches of Voyager 1 and Voyager 2 possible. On the other hand, NASA also planned to launch more similar rockets after the successful launches back in the 1970s.

Linda Spilker, a JPL planetary expert, said that the international space union planned the so-called Grand Tour, which aimed to send five more probes that could reach the regions of the gas giants, as well as Pluto.

However, this was declined by the US Congress because it was too expensive back then.

What Will Happen To the Voyager Rockets?

Among the first steps of NASA as it starts to turn off the Voyager satellites is deactivating their systems. This will reduce the sats’ energy consumption, allowing them to fly further regions of space until 2030.

Because of this, they will remain their unbreakable record as the farthest human-made object from Earth. On the other hand, experts said that Voyager 1 and Voyager 2 would even outlive humans, as well as the solar system, as it reaches longer distances.

If you want to see more details about the ongoing retirement of these deep space probes, you can visit this link.

For more news updates about NASA and its upcoming space activities, always keep your tabs open here at TechTimes.

This article is owned by TechTimes

ⓒ 2021 TECHTIMES.com All rights reserved. Do not reproduce without permission.