Outer space contains a lot of mysterious things that NASA and other space agencies are trying to solve.

(Photo: European Southern Observatory via Getty Images)
An artist’s impression of a newly discovered planet, named OGLE-2005-BLG-390Lb, which has been discovered in a project involving two scientists from St Andrews University in Scotland.

Among their goals is to find an exoplanet that is similar to Earth, colonize Mars, and understand how the solar system actually formed.

These are just some of the things that intrigue many people across the globe. Because of their curiosity, Earthlings tend to wait for the new space missions of NASA, SpaceX, and other agencies.

But, there are also some individuals who actually consider outer space a threat. This is what Inmarsat’s new space study revealed.

Outer Space Conveyed as Threat by 97% of People?

According to EuroNews’ latest report, Inmarsat, a British satellite company, conducted a survey to know how people see the value of space. 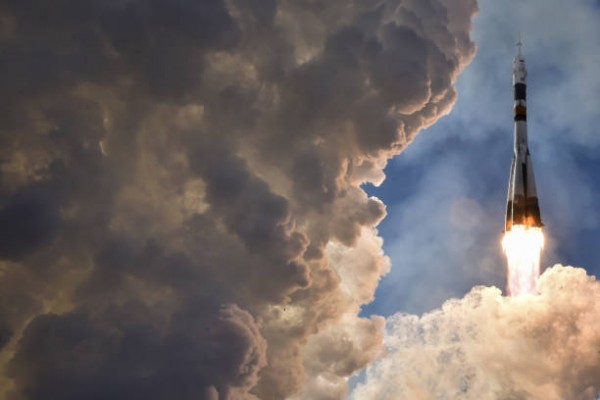 (Photo : KIRILL KUDRYAVTSEV/AFP via Getty Images)
Russia’s Soyuz MS-07 spacecraft, carrying members of the International Space Station (ISS) expedition 54/55, blasts off to the ISS from the launch pad at the Russian-leased Baikonur cosmodrome on December 17, 2017.

Their latest study involved around 20,000 participants from 11 countries. Some of these individuals are even linked to the current rising space industry.

However, the results showed that 97% of the participants see outer space as a threat to Earth. Because of this, Inmarsat said that their findings should be a wake-up call for the rising space industry.

“The research findings mark a real wake-up call for the space industry. It’s clear that people have a low understanding of the breadth and richness of the work being done in space today,” said the British satellite agency via its official website.

Instead of agreeing with the participants, Inmarsat is actually alarmed because of people’s lack of knowledge when it comes to the importance of outer space.

The satellite agency stated that 21% of their participants associate space with “aliens.” On the other hand, 14% of them only know the universe because of “Star Wars.”

On the other hand, younger people tend to link outer space to Jeff Bezos and other billionaires.

Inmarsat explained that this is because they are only aware of the ongoing technological innovations of SpaceX, Blue Origin, and other independent space companies.

Because of lack of knowledge, Inmarsat said that most of their participants see outer space as a major threat. Among their major concerns are space junk, Earth’s atmosphere being damaged, space pollution, as well as rocket collisions.

If you want to see further details about Inmarsat’s latest space study, you can visit this link.

On the other hand, the largest comet is expected to approach Earth on July 14.

For more news updates about outer space and other science topics, always keep your tabs open here at TechTimes.

This article is owned by TechTimes

ⓒ 2022 TECHTIMES.com All rights reserved. Do not reproduce without permission.