The state of South Carolina is hoping that genetics may be the key to addressing some of the state’s persistent health disparities, which disproportionately affect African Americans — and rank them as some of the most unhealthy in the nation.

According to the Post and Courier, researchers at the Medical University of South Carolina (MUSC) plan to enroll 100,000 South Carolinians in genetic testing over the next four years. The researchers are hopeful that the research will help them better understand how DNA influences health. The project is called “In Our DNA SC.”

The DNA project can result in diverse research — which is rarely the norm — if the roughly 27 percent of South Carolinians who are Black are accurately represented in it. Quenton Tompkins, a lobbyist for the medical system, knows that this will be a challenge.

There’s a trust factor. It’s plain and simple,” he said, referring to historical events that are “still fresh in many people’s minds” like the Tuskegee syphilis study and the story of Henrietta Lacks, whose cells were used for research without her or her family’s knowledge. “We’ve come a long way from those stories — it doesn’t dismiss what happened — but there are a lot more controls and oversight in place to ward those things off from happening again.”

The Post and Courier points out that while genetics is not the cause of health disparities, genetic research that focuses on certain groups of white people while largely excluding African Americans and other underrepresented communities could explain why the development of new tools to treat some illnesses work better on people of Northern European descent.

For example, in South Carolina, Black men die at more than twice the rate of white men from prostate cancer. “When you look at most other chronic conditions,” Marvella Ford, a MUSC researcher said, “you see the same thing.” 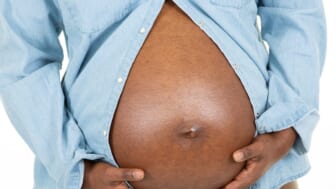 Participants in the “In Our DNA SC” study will submit a saliva sample. In turn, they will receive a report disclosing whether they have one or more of three genetic conditions that may put them at a higher risk for heart disease and certain cancers.

Those who test positive will be referred free of charge to a genetics counselor who can help them find treatment options and provide information, including where their ancestors may have lived.