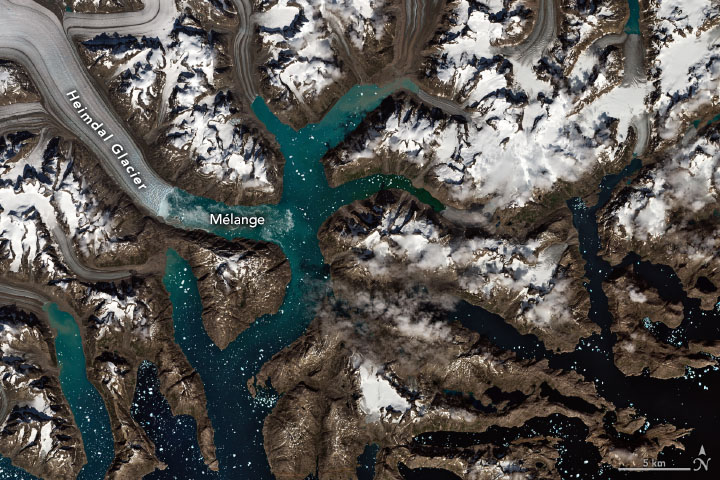 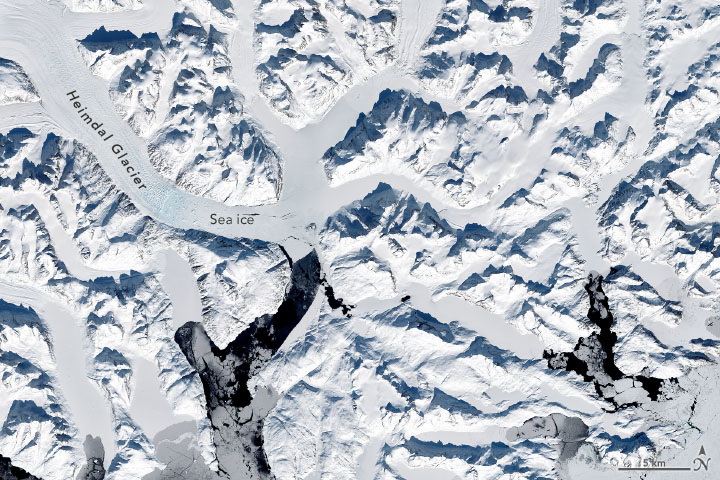 Scientists have discovered that glaciers in Southeast Greenland are harboring a previously unknown subpopulation of polar bears. The bears, which are uniquely adapted to their environment, could provide insight on the future of the species in a warming Arctic.

Most polar bears rely on Arctic sea ice as a platform for hunting seals, mating, and raising cubs. As the planet warms and sea ice declines, the bears are struggling to complete these essential life tasks. However, researchers using satellites and ground-based data sources found that polar bears in Southeast Greenland have adapted to life in a place where sea ice is scarce for much of the year.

Instead of traveling large distances to hunt on sea ice, polar bears in Southeast Greenland are homebodies. They live and hunt amid the region’s fjords, where glacial ice spills from land and flows into seawater. The unique population has been isolated from their counterparts in the High Arctic for long enough that they have become genetically distinct.

“We knew there were some bears in the area from historical records and Indigenous knowledge,” said Kristin Laidre, a polar scientist at the University of Washington. “We just didn’t know how special they were.”

Laidre and colleagues combined 36 years of movement, genetic, and demographic data to show that polar bears in Southeast Greenland are distinct from bears living elsewhere along the island’s eastern coast. Their findings were published June 17 in Science. 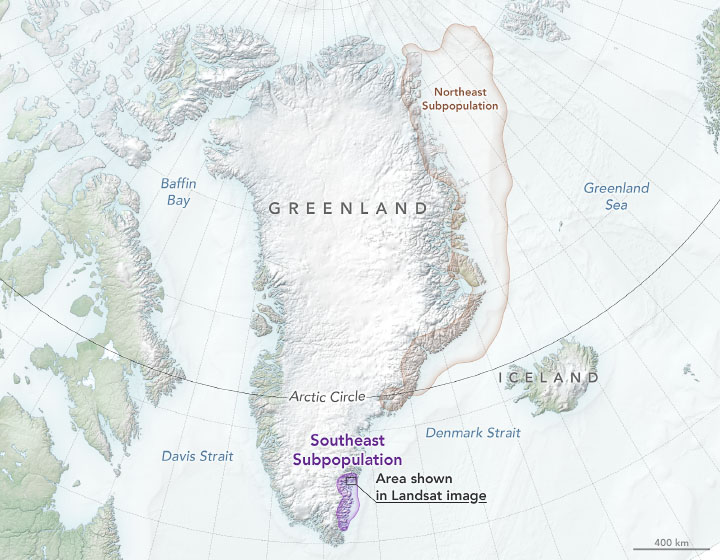 The team also used the Moderate Resolution Imaging Spectroradiometer on NASA’s Terra and Aqua satellites and data from the National Snow and Ice Data Center (NSIDC) to document the conditions in the fjords and the offshore sea ice environment. They found that southeastern polar bears are cut off from sea ice for two-thirds of the year. From late May until the sea ice returns in February, the bears hunt from atop the pieces of broken glacial ice floating at the front of glaciers—a mixture known as mélange.

“The marine-terminating glaciers in Southeast Greenland are a fairly unique environment,” said co-author and NSIDC scientist Twila Moon. “These types of glaciers exist in other places in the Arctic, but the combination of the fjord shapes, the high production of glacier ice, and the very big reservoir of ice that is available from the Greenland Ice Sheet is what currently provides a steady supply of glacier ice.”

One example is the Heimdal Glacier, pictured at the top of this page. The glacier is part of the Timmiarmiut Fjord system and within the habitat of the Southeast Greenland subpopulation. In April 2022 (left), sea ice still hugged the front of Heimdal Glacier; in August 2021 (right), there was mostly mélange and open water. The images were acquired with the Operational Land Imager-2 (OLI-2) on Landsat 9, and the OLI on Landsat 8, respectively.

Southeast Greenland today resembles what researchers expect Northeast Greenland will look like in the late 21st century due to climate change. The way the southeastern polar bears have adapted could be an indication of how other polar bear populations may adapt to survive as global warming persists. But the authors caution that glacier ice cannot provide for many bears, and polar bear numbers will likely decrease regardless.

The study was funded in part by NASA’s Biological Diversity and Cryospheric Sciences programs, a collaboration that Moon said was important for supporting the team’s interdisciplinary research. She added: “We view these cross-collaborations as vital for addressing many pressing research challenges related to our rapidly changing world.”