THE MOON has caves that could offer humans an unsuspecting spot to establish a permanent lunar base.

The pits could shelter space travelers from the extreme conditions of the Moon and outer space.

The challenges for establishing a lunar colony are many: ferrying supplies, landing safely, and living with next-to-no atmosphere are on the short list of tests for astronauts.

But once on the Moon, humans will have to deal with both intensely cold temperatures and blistering heat.

The pits in the Mare Tranquillitatis region may offer a unique refuge where heat is trapped and the resulting climate is ideal.

“Humans evolved living in caves, and to caves we might return when we live on the Moon,” planetary scientist David Paige said in a University of California, Los Angeles (UCLA) press release. 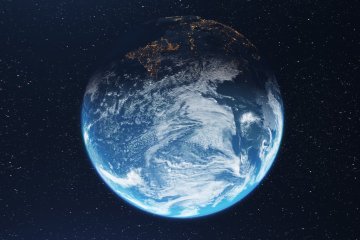 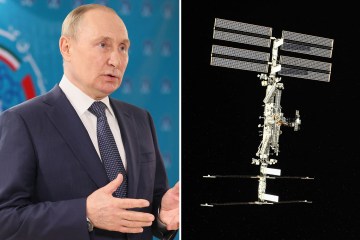 Paige and colleagues at UCLA published a study in Geophysical Research Letters examining the environment and temperature within the pits.

“Lunar caves would provide a temperate, stable, and safe thermal environment for long-term exploration and habitation of the Moon,” the study’s authors wrote.

“Pits and caves may offer greater mission safety than other potential local base stations, providing a valuable stepping stone for sustaining human life beyond Earth.”

The team had to overlay grainy images from scans of the lunar surface to get the high-resolution images that powered their findings.

Preparing for a lunar colony is part of the Artemis mission series, Nasa’s most ambitious chapter of space exploration yet.

Nasa developed a lunar sustainability report that advocates for the establishment of a Moon base that can house researchers for up to 45 days.

Perhaps the strange lunar caves and pits being examined by the researchers at UCLA will play a role in the human settlement of our only Moon.

The Artemis missions kicked off with the launch of CAPSTONE, an oven-sized satellite testing an orbital path for the next-generation Gateway space station.

The increasingly frequent trips to space will provide scientists with a fuller picture of the best, most reasonable location for a lunar colony.