A physicist’s do-it-yourself art project makes vibrant images with a pair of polarizers and carefully placed layers of transparent tape.

When the COVID-19 pandemic shut down universities and offices across the world in spring 2020, finding new hobbies to stave off fear (and boredom) became paramount. While some took up cross-stitch or a new stretching routine, Aaron Slepkov, a photonics researcher at the University of Trent in Peterborough, Canada, turned to a physics-inspired art form called polage to occupy his time.

Polage, or polarization-filtered coloration, as Slepkov calls it, is a kind of collage that uses polarizers and thin films to create brightly colored artworks that transform depending on how you look at them. This metamorphosis is made possible by birefringence, an optical property of certain materials that changes the polarization state of transmitted light. Examples of birefringent materials include ice, calcite crystals, cellophane film, and transparent tape.

Birefringence was first discovered in the 1600s and since then has been used in a wide variety of applications, from gauging the internal stress of glass to studying the internal patterns of minerals. Yet despite birefringence’s long history, its uptake in the art world was more recent. The term polage was first coined by Austine Wood Comarow in 1967 after she began working with cellophane and polarizing filters. Her colorful, nature-themed and abstract pieces have been shown in science museums around the world.

Slepkov is no stranger to exploring the fantastical side of physics, or what he calls “curiosity-driven inquiry.” In 2019 Slepkov and his students made headlines by investigating why grape bunches explode in bursts of plasma when heated in a microwave oven. His lab by him has also studied Benford’s law—an anomalous distribution of digits in many real-world datasets—to determine whether it could be used for cheating on quantitative multiple-choice questions.

Polage first caught Slepkov’s attention when scrolling through academic threads on Twitter, and he became increasingly interested in the science behind this arts-and-crafts project after introducing it to his children during lockdown. “I would show them on my computer screen how I can visualize the art with sunglasses, since I didn’t have any polarizers available,” Slepkov says. “To be honest, they weren’t that into it.”

As Slepkov dug deeper into the science of birefringence, he discovered many unanswered questions about this optical phenomenon and its role in art. In particular, it was unclear what an artist should do—in terms of layering and orienting films—in order to obtain a certain color. “How to do it was not intuitive,” Slepkov says. “As somebody who teaches optics, all of a sudden I could see all kinds of very interesting explanations, both mathematically and phenomenologically, of how the polage techniques worked.”

While his own children lost interest in the project early on, a colleague’s high-school-aged were found the subject fascinating. Slepkov listed this student for an impromptu research project. Using a spectrometer and other equipment smuggled home from his lab, the research duo worked at their homes and over Zoom carrying out experiments to formalize the quantitative birefringence of different tapes. This summer Slepkov published two papers on the topic [1, 2].

In its simplest form, Slepkov says there are three steps to creating beautiful, birefringent displays. First, white light passes through an initial polarizer that forces the light waves to be linearly polarized. This light then traverses a birefringent material, in this case various layers of Scotch tape, which changes the polarization from linear to elliptical. The exact form of elliptical polarization depends on the wavelength of light as well as on the orientation and thickness of the tape layers.

This elliptically polarized light is then passed through a second, final polarizer to make the colors appear for the viewer. Depending on the orientation of this polarizer, some wavelengths will be blocked, while other wavelengths will be transmitted, creating something called “nonspectral colors.” Instead of creating, say, a “pure” blue with a wavelength of 450 nm, Slepkov explains that polage tends to produce a mix of wavelengths that together give a more pastel-looking blue.

To create your own polage artwork, Slepkov has a few suggestions for success. Before you begin laying down tape with reckless abandon, he advises to first establish a color palette by increasing the thickness of different test strips of tape. Using this approach helps take some of the guesswork out of what your final picture will look like, he explains. He also suggests playing with different brands of tape as each may have unique properties, such as thickness.

As for where to find your polarizers, Slepkov says that all you need is an LCD screen (as commonly used for many computer monitors) and a pair of sunglasses. The LCD’s light is polarized, and most sunglasses have a polarizing filter, so together these objects act as your first and second polarizers. For a canvas, Slepkov suggests taking the glass from a cheap picture frame and placing it over the LCD screen. Arrange your layers of tape on the glass and then put on the sunglasses to bring your artwork to life.

“That’s how I made most of my art and it works really, really well,” Slepkov says.

Sarah Wells is an independent science journalist based in Boston. 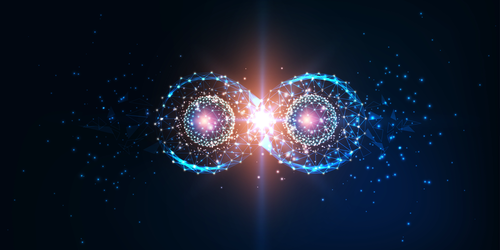