COUNTRYFILE television presenter Julia Bradbury and her sister are backing a zoologist in his bid to walk the full length of the Jurassic Coast.

Zoological scientist and wildlife filmmaker Ryan Eddowes, who was born with clubfoot, is walking the 95 miles length of the Jurassic Coast in just ten days.

The Jurassic Coast World Heritage Site begins in Exmouth, East Devon, and ends at Old Harry Rocks near Swanage in Dorset. Ryan set off on May 25 and is due to arrive at the finish line at lunchtime on Friday, June 3.

This Friday is World Clubfoot Day and commemorates the birthday of Dr Ignacio Ponseti, who pioneered a non-surgical effective clubfoot treatment called the Ponseti Method.

Ryan, 25, is hoping to raise thousands of pounds for the charity Steps Worldwide to build awareness of the condition, which affects 1-2 people per 1,000 births. Also known as talips, the condition is more common in boys than girls.

Ryan was born with clubfoot, a painful condition that affects the shape of his feet, tendons and muscles. After several operations to attempt to correct the condition, Ryan was told by experts that he would be in a wheelchair by the age of 30. He was also advised that a career involving animals would not be possible.

Undeterred by the prognosis, Ryan enrolled on an Animal Management course at Rodbaston College, Staffordshire, and then completed a Zoology degree at Bangor University. He now works as a VIP guide at West Midland Safari Park. 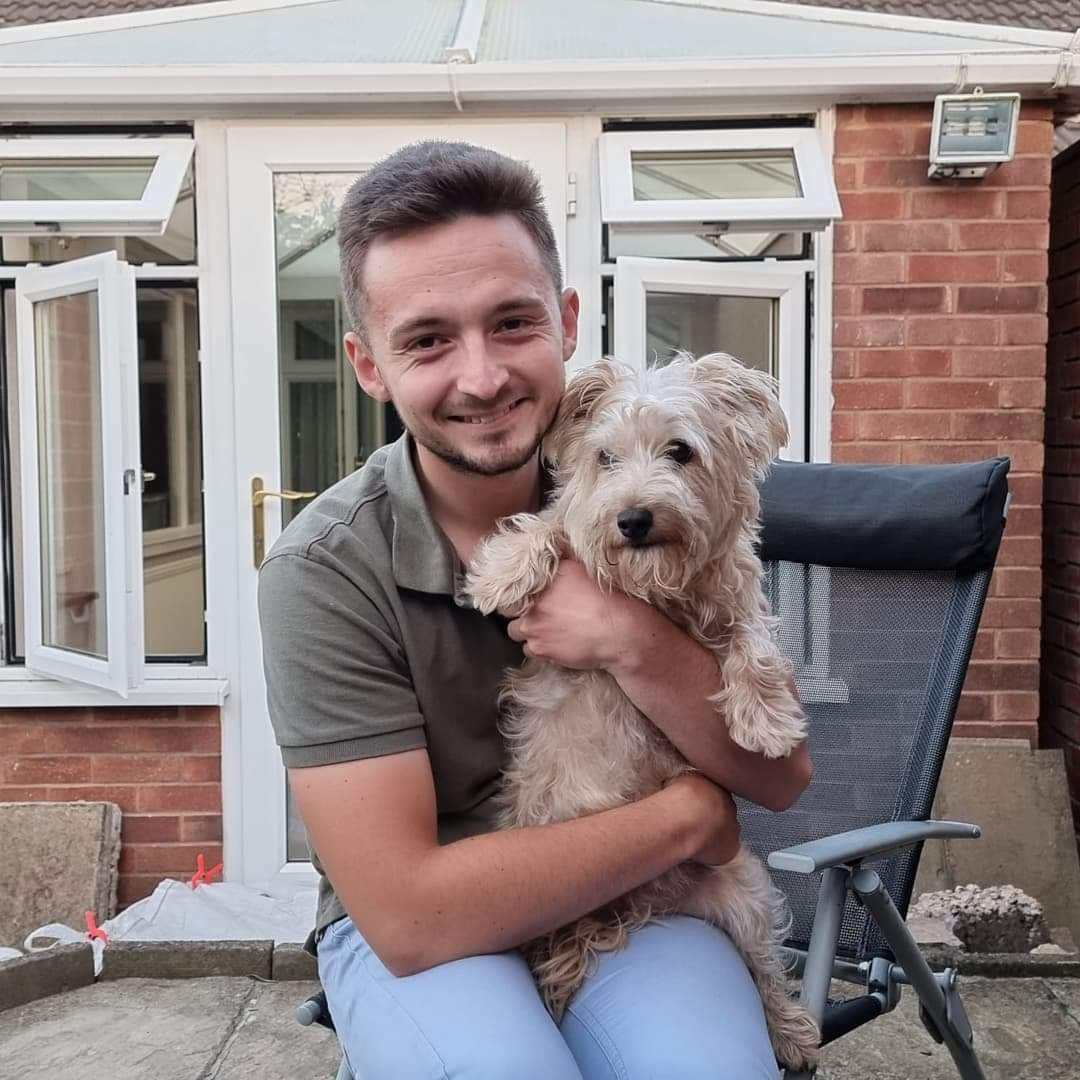 Ryan, who has been joined on the walk by his dog Tazzi, said:

“Throughout my life, I’ve had multiple operations, spent a lot of my time in plaster casts, on crutches and in wheelchairs. Many adults living with clubfoot, including myself, cannot walk or stand for prolonged periods of time.

“I wanted to take on the epic challenge of walking the full length of the Jurassic Coast to raise awareness of clubfoot. So far, we have been cheered on by the mayor of Exmouth and the town crier, have been joined by a Jurassic Coast official and met lots of other people walking along the same route.

“It has been painful and exhausting at times but I’m making a lifetime of memories and doing it for a brilliant cause.

“I’d like to thank Steps Worldwide, The Outdoor Guide and the Jurassic Coast Trust for supporting me and helping me to highlight the accessibility of the outdoors for people with hidden and physical disabilities.”

Steps Worldwide is the leading charity working for all those whose lives are affected by childhood lower limb conditions and the health professionals who treat them.

The charity’s CEO Loredana Guetg-Wyatt, who will be joining Ryan for the last three days of the walk, said:

“We are incredibly proud of Ryan and what he has set out to achieve.

“Until the late 1990s, the main treatment for congenital clubfoot was complex surgical procedures which often left children with long-term joint stiffness, pain or reoccurrence of the condition.

“These children are now adults who suffer daily and with the limited support available, it is impossible for them to be able to access the outdoors without the necessary support, financially or emotionally. This is the reason why, as a small charity, we need to raise the necessary funds.”

Julia and Gina Bradbury set up The Outdoor Guide, a free online resource to bring together information for walks all around the UK, to make the outdoors accessible for all. They have provided Ryan with walking aids to take the pressure off his feet as he walks, eco-friendly products to use, reusable flasks, neck warmers and a front bag for quick access items.

“We are thrilled to be supporting Ryan and Steps Worldwide to raise awareness of hidden disabilities such as clubfoot. Highlighting the accessibility of places like the Jurassic coast is key for us all to reconnect to our natural world.”

A spokesperson for the Jurassic Coast Trust, which celebrates its 20th anniversary as a World Heritage Site this year, said:

“We are delighted to be supporting Ryan’s fantastic challenge, which also showcases the areas of the coast that are the most accessible.

“We look forward to working with him alongside our brilliant network of partner organisations, museums and visitor centers across the length of the coast to highlight just how much there is to explore here.”