A gilded palace in Spain has turned purple thanks to corrosion and gold nanoparticles.

In Granada, Spain, the tree-nestled palace “Alhambra” sits in front of snow-lined mountains as a living monument to the country’s last Muslim rulers. Built nearly 800 years ago, the palace is gilded with glimmering gold leaf that was designed to stand the test of time. But over the years that gold has corroded, transforming parts of Alhambra’s interior from a dazzling gold to a dull purple that has stained nearby plasterwork.

Despite previous documentation of this transformation, researchers have struggled to identify its cause. Now Carolina Cardell and Isabel Guerra from the University of Granada, Spain, have found a possible explanation. They show that the makeover comes predominantly from environmental corrosion of the gold [1]. Guerra says that this work was made possible thanks to technological advances that were unavailable when the purple coloration was first noticed in the 1990s.

Gold is one of the least reactive metals, beaten only by platinum in its resistance to corrosion. Despite that distinction, people have been “turning” gold purple since the 4th century. For example, Roman alchemists documented using a solvent called aqua regia (HNO3 + HCl) to create “purple gold” that they then incorporated into glass. Fifteen centuries later in 1859 Michael Faraday identified the coloration’s culprit: gold nanoparticles created during the aqua regia reaction.

At Alhambra, however, no aqua regia has been found, suggesting a different process is behind the hue change. To find that mechanism, Cardell and Guerra used electron microscopes equipped with various spectrometers to probe the structure and chemical composition of degraded gold features containing tin, gold, and gypsum layers, which were applied to the palace during the 19th century.

Analyzing the result, the duo found that the corrosion of a decorated area depended on whether or not it was covered in grime. When the gold was clean—free of grime—Cardell and Guerra observed oxidation of the tin. But when the gold was dirty—covered in grime—they observed oxidation of the gold. The duo note that the clean gold kept its contact with the environment, which they think ensured it remained oxygenated and inert. The grime-covered gold, however, lost its contact, which deoxygenated the gold, allowing it to corrode. Combining the experimental results with a model of what might have happened, Cardell and Guerra propose that this corrosion led to dissolution of the gold and the creation of gold nanospheres with the right diameter to reflect purple light. The color change was then made visible as purple stains on the surrounding white gypsum plaster.

It is “amazing that golden material can turn purple over time,” says Catherine Louis, a chemist at the Surface Reactivity Laboratory (LRS) in Paris and co-editor of a science textbook on gold nanoparticles. But she thinks that this specific result is more a “curiosity” than a significant step forward in understanding for the field. In addition, Louis is unconvinced by the reaction process that the duo put forward. Her hesitancy de ella comes in part because the duo did not consider the impact of photochemical effects, but also because they did not perform any experimental tests of their proposed corrosion process. Cardell and Guerra say that because they studied a real-world system with more than five centuries of weathering it is difficult to “elucidate the exact corrosion model.” As a result such tests would not necessarily have been informative.

Despite her concerns, Louis thinks the finding could still be beneficial for the preservation of gold artifacts. Cardell and Guerra also have this application in mind. For example, they hope that their findings could aid in understanding degradation reactions for other gilded artifacts and in providing pathways to preserving works of art. “We would like to analyze similar transformations in other monuments and artwork,” Cardell and Guerra say. “This purple color is more widespread than people imagine.”

Sarah Wells is an independent science journalist based in Boston. 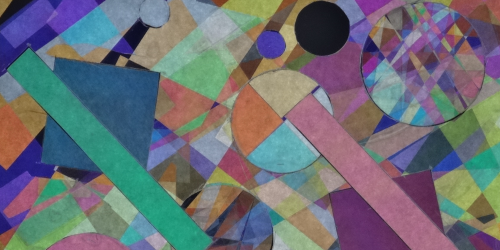