TAMPA, Fla. – For the third time this month, a person has been injured, and in one instance killed, in a gator attack. The latest involves a 13-year-old girl who’s now in the hospital after being bitten by a gator near a boat ramp in Hardee County.

A gator attack can happen in just seconds. As far as what can trigger it, most attacks have one thing in common.

“A gator that’s not fed by people doesn’t want anything to do with us,” Zoo Tampa’s Associate Curator of Reptiles & Fish Dan Costell said. “Gators eat small prey items birds, fish, raccoons, possums, adders, the occasional chihuahua they want to prey item that they can smash quickly and kill it quickly.”

As Costell explained, when gators are fed by people, they lose their natural-born fear of humans.

“It’s usually not the person feeding the gator that gets bit it’s somebody that doesn’t even know there’s a gator there,” Costell said. “They get to end up getting bit because that gator will keep approaching people thinking he’s going to get fed.”

Back on July 15, Sarasota deputies said a woman fell into a canal behind her home on a golf course in Englewood. As a witness called 911, he saw two gators grab the woman who ultimately did not survive after first responders pulled her body from the water.

RELATED: Golfer jumped into pond, tried to save woman being attacked by alligators: 911 calls

At last check, she was in stable condition in the hospital. Three gators attacks in less than two weeks. 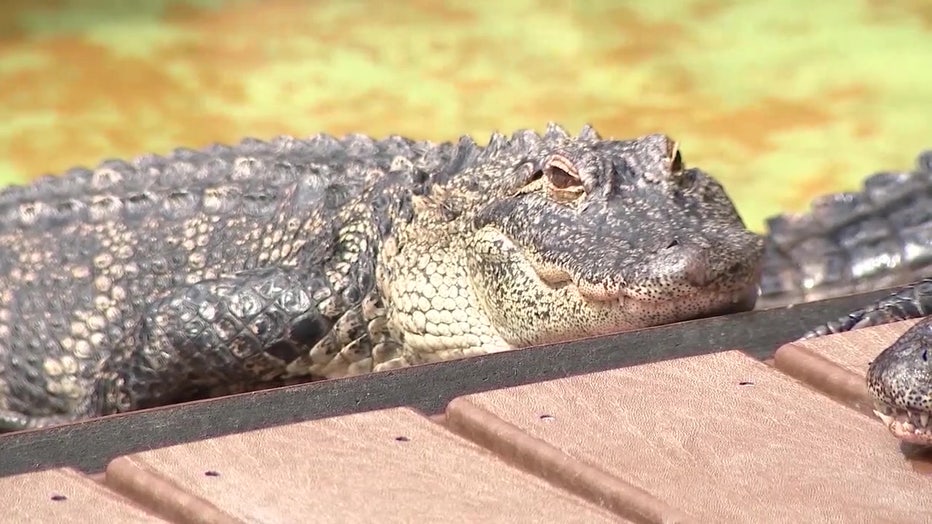 “They’ve got a powerful bite. They’re going to grab ahold of you. You just hit, kick, bite. Do what you got to do to get away,” Costell said.

While they may have a power bite, their stamina isn’t as strong.

Right now, the FWC is investigating a total of 16 gator attacks in the state. To best avoid coming in contact with them, swim only in designated swimming areas during daylight hours and never with a pet. Alligators are most active between dusk and dawn.

“You may walk up on a nest by accident, and they’ll come after you. But, you know, as long as you run away from them in a straight line, you can outrun a gator,” Costell said.